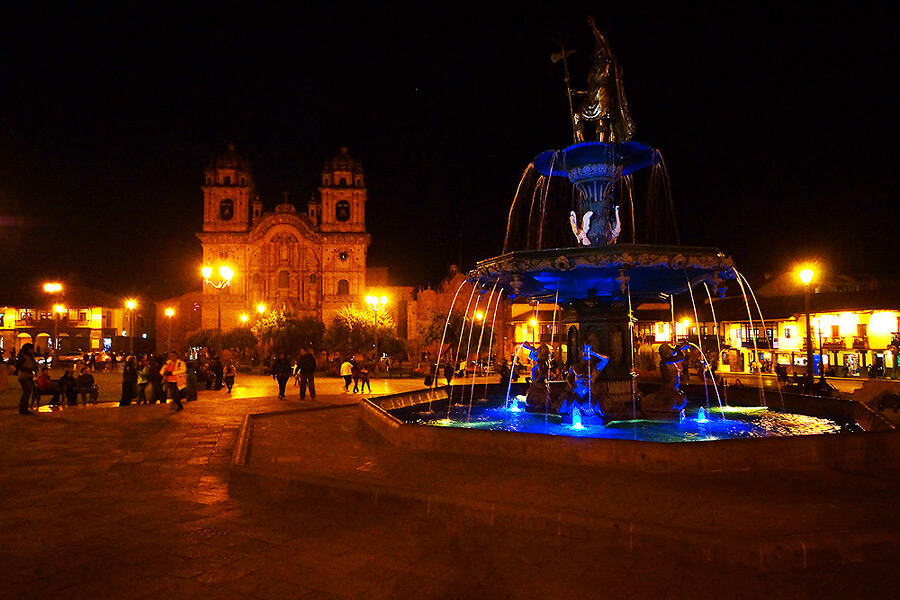 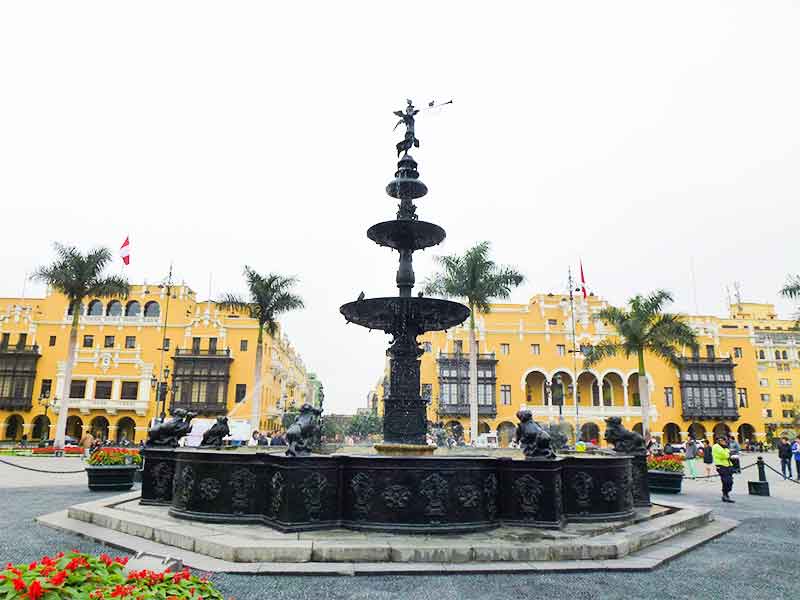 Airport pickup and transfer to your hotel.

The tour begins with the gathering of our passengers from their hotels in Lima, then we stop at the Intihuatana Park, located on the Malecon of Miraflores, where we will observe the Pacific Ocean. We start our tour by modern residential districts of Miraflores and San Isidro. We observe outside the Huaca Pucllana, ceremonial pre-Inca temple pyramid shaped that has survived the urban sprawl of Lima.

We will continue our journey to the park El Olivar and the Financial Center then we drive to the Historic Center of Lima, declared by UNESCO in 1991 Cultural Heritage of Humanity, where the center of the Spanish colony was established in the sixteenth century and erected the first buildings. Know the Plaza San Martin, balconies and old houses, the Plaza Mayor and its most important buildings like the Government Palace, the Cathedral of Lima, the Archbishop's Palace and Municipal, Desamparados Station, among others

We enter one of the most important monasteries of the seventeenth century. Where the relics of the three Peruvian saints Santa Rosa de Lima, San Martin de Porres and San Juan Macías are preserved. then return to Miraflores and ending our tour will have the option to stay in the Indian market in Larcomar or return to your hotel.

At the scheduled time transfer to Lima airport. 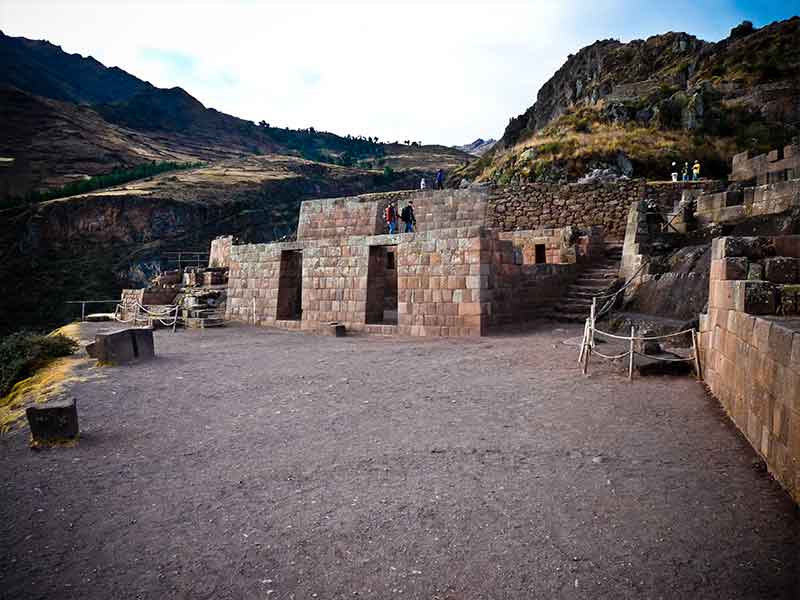 The tour begins with the gathering of our passengers from their hotels, visit, on the Vilcanota River and the Sacred Valley overlooking the Inca citadel of Pisac formed by group of platforms and architectural structures scattered on the slopes and at the top mountain, then visit the Indian market of Pisac where we will have the opportunity to learn about the customs of its inhabitants. Lunch at a local restaurant in the Sacred Valley. In the afternoon we visit the fortress and citadel of Ollantaytambo, built to guard the entrance to this part of the valley and protect it from possible invasion from the tribes of the jungle. On the way back to Cusco we visit the picturesque village of Chinchero where the remains of the royal hacienda of Tupac Inca Yupanqui. 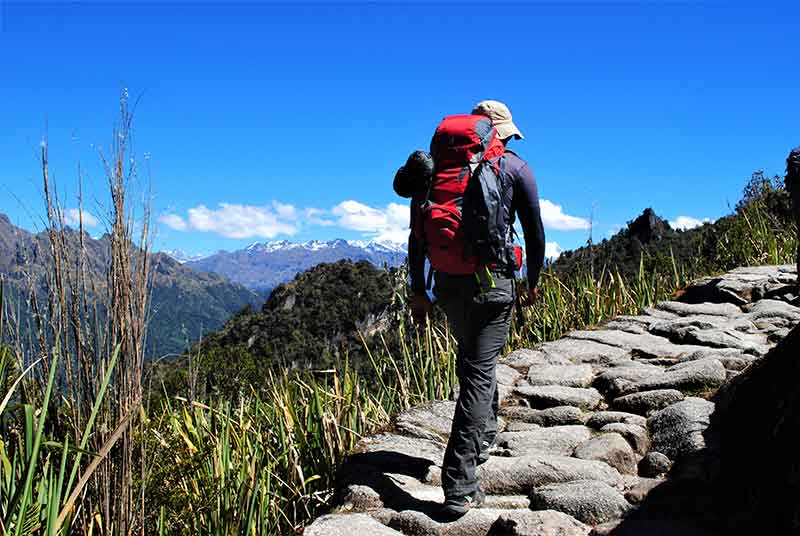 Breakfast in the hotel.
Transfer by ITEP Van, from Cusco to Train station, later train service to Km 104 “Inca Trail Entrance”.
Trekking Km 104 “Chachabamba to Inti Punku, the Sun Gate”
Today our trek takes us along the most impressive stretch of the Inka Trail. We'll visit beautiful Inka sites, see a variety of flora and fauna and get to take in the fantastic panoramas of the Andes mountains. Covering 16km of the trail our journey begins in the Sacred Valley and works its way up along an original Inca Trail to the Inca site of Wiñay Wayna before continuing on to Machu Picchu via the Sun Gate (Inti Punku).
As we make our way to Machu Picchu we'll pass through the lush and verdant cloud forest that covers the mountain and get to see a variety of plants, flowers and birds along the way. We may also see some larger mammals such as Viscachas (rabbit-like Chinchillas) and Spectacled Bears (if we are very lucky).
After a full day trekking we'll arrive to the Sun Gate (Inti Punku) in the late afternoon and get our first views of Machu Picchu spread out on the mountain below. The light at this time of day is great for photos because there are few tourists so it's a perfect time to take some pictures of the site. After we've passed through the Sun Gate, we'll carry on along the trail a little way before taking a side trail that leads us to Aguas Calientes, in the valley below where we'll check in to our hotel.
Meals: Box Lunch and dinner.
Accommodation: Overnight in Aguas Calientes town. (Hotel on request)
Distance: 16kms/10 mls (6 hours more or less of hiking)
Difficulty: Easy/Moderate.
Walking Time:    Approximately 6 hours (including picnic lunch en route)
Walk and Terrain: Walk, canter on open roads, some steep ascending trails 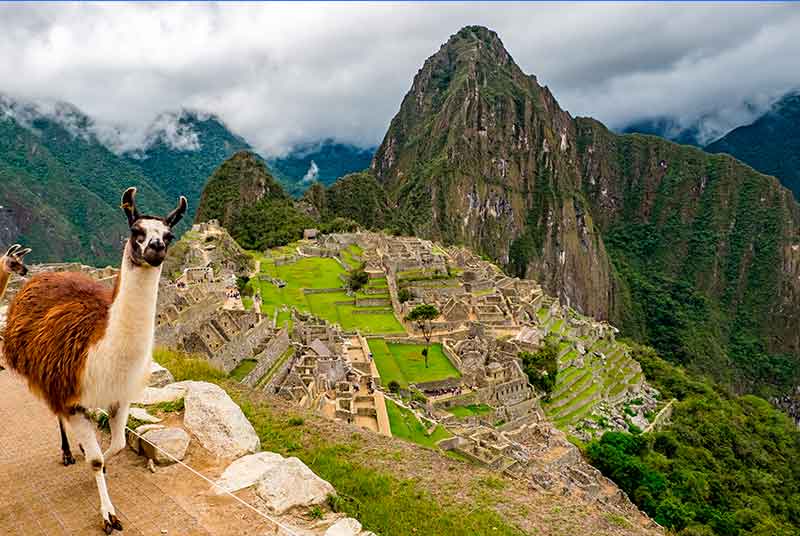 Waking up early (04:00am) we’ll take one of the first buses back up to Machu Picchu to enter the site as soon as it opens (06:00am) we’ll have 2-hours guided tour in the site where you'll learn about the Inkas and visit all the most important areas of the citadel. After your tour, you'll have free time to explore the site by yourself and if you have permits to climb either Huayna Picchu (2 hours round trip) or Machu Picchu Mountain (3 hours round trip).
You will also have time to indulge in a few of the following activities on your own if you choose (not included in the price)
•    Climb up Huayna Picchu or Machu Picchu Mountain and appreciate the beauty and magnificence of Machu Picchu from there.
•    Other optional activities in Aguas Calientes are a visit to the new local museum or bathe in the hot springs.
Back to Cusco: You will descend to Aguas Calientes by bus and later board the Expedition train to the Ollantaytambo Train Station “Train departure time can vary according train schedule and availability”. In Ollantaytambo Train station you will meet our private van and be transferred to your hotel in Cusco.
Meals: Breakfast (If you booked the hotel with us)
Distance: 8.9kms/5.5mls “By Bus in 25 minutes”
Difficulty: Easy waking
*** Huayna Picchu or Machu Picchu Mountains hike depends on availability; please let us know if you want to add one of these extra hikes at the time of your booking.
*** We only take ITEP EcoTravel passengers in our small vans / auto – We do not use public transport. 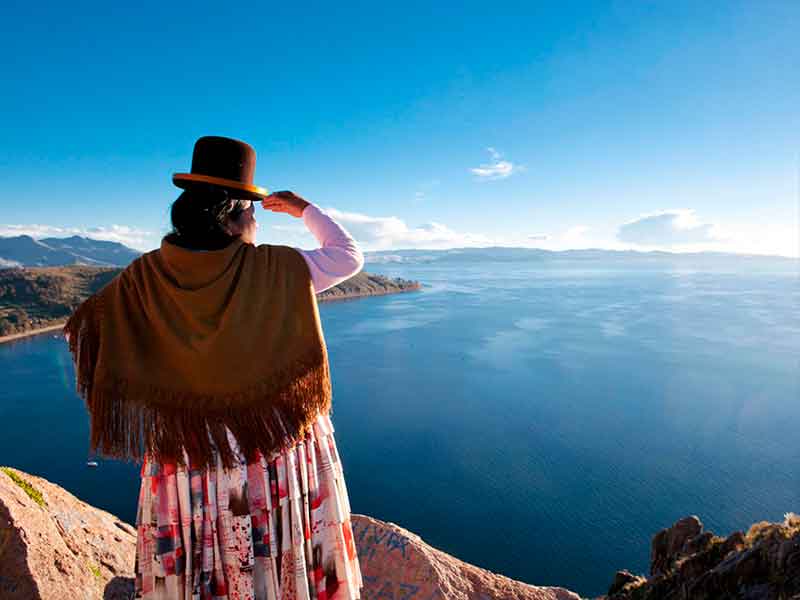 At the appropriate time, transfer to the bus station to Puno. If the hotel category is 4 or 5 star the trip will be by train Perurail Titicaca, these outputs are only on Wednesdays, Fridays and Sundays, if different. The trip from Cusco to Puno will be in tourist bus. 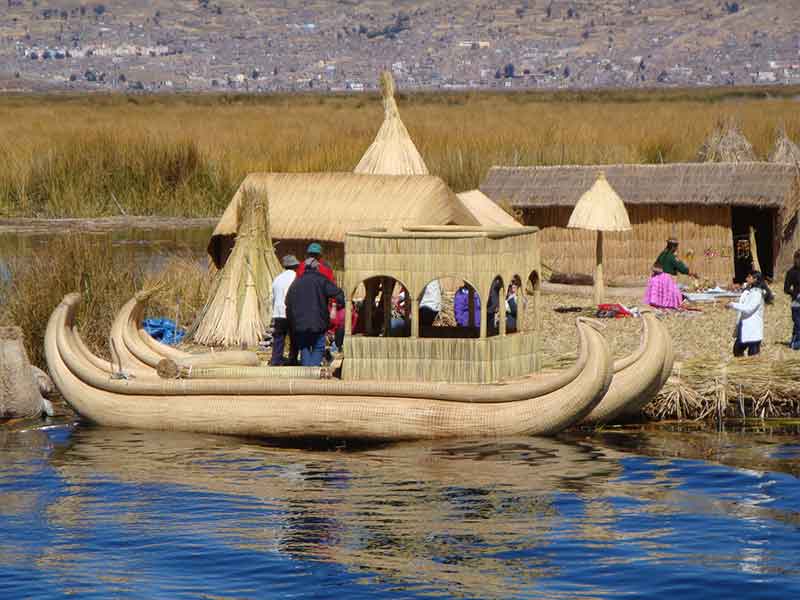 Breakfast at hotel
At the proper time, we will take to make this circuit, where we will offer to meet 2 of the islands most visited Titicaca, an ancient village "The floating islands of the Uros" currently living in the middle of the cattail (aquatic plant of the Altiplano), and has more than 90 islands. Then we go to the island of Taquile where we will make a walk of approximately 35min there will know its history, customs and taste a delicious lunch. The trip will be less heavy and we'll get in a short time and will return in 1 hour and 30 minutes from Taquile to Puno and we will have more time to visit both islands.
Return to Puno and night accommodation.

At fixed time, transfer to the airport.

WHAT YOU NEED TO BRING
Recommendations, Important information: